Revising the Age of the Turkestan City

Download
(1.17 Mb)
The paper deals with a issue of dating of a medieval Turkestan city. Its 1500th anniversary has been celebrated in Kazakhstan on a nationwide scale in 2000. Since then, as a result of systematic archaeological excavations an ancient citadel has been discovered and the new evidence obtained suggesting that the first solid buildings of the city are dated back to an earlier age and original castle, the core of the ancient citadel has been excavated. The castle and all fortifications were made of rammed clay and sun-dried earth brick. As it turned out construction of the citadel began with a monumental cross-shaped castle, which during the period of its existence has lived through two main construction periods and several stages. It had 2–3 floors, thick rammed clay walls of the first floor were originally perforated with slot-like loopholes. The next step was building of the long corridor-shaped vaulted rooms with an opening in plan. The whole citadel was fortified with rammed clay wall and bastions in the corners. A complex of artifacts and observations allow us to date the first buildings of the ancient Yassy citadel back to the 2nd –1st centuries B.C. 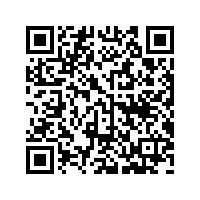