Download
(378.2 Kb)
The paper attempts to reveal the role of Professor Alfred Khasanovich Khalikov, Doctor of Historical Sciences and Corresponding Member of the Academy of Sciences of the Republic of Tatarstan in the development of the primeval and medieval archaeology of the Volga-Ural region. The name of A.Kh. Khalikov, an outstanding Soviet archaeologist and one of the founders of Kazan archaeological school, is also widely known beyond the Russia scientific community. His works dedicated to the ancient and early medieval history of the ancestors of the Finnish, Hungarian, Bolgar and Turkic peoples are well known abroad. Alfred Khasanovich was a major expert in the field of ethnogenesis and ethnic history of the Turkic and Finno-Ugric peoples, who established the region’s local population development concept, from “dateless antiquity” until the period of the region’s inclusion in the Russian state in the middle of the 16th century. 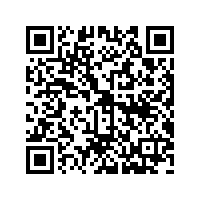