Download
(571.25 Kb)
The paper outlines data for the reconstruction of paleodemographic structure of the Pyany Bor culture. Totally three samples (Novo-Sasykul, Oshki cemeteries and Nyrgynda stage burials of Tarasovo burial ground), including skeletal remains of 465 individuals, are discussed. The conclusion is that the Pyany Bor samples are characterized by a low number of subadult skeletons and elderly individuals, as well as the numerical predominance of females. The first circumstance does not allow to adequately assess the level and structure of child mortality. The highest mortality rate among the Pyany Bor population is at the age of 15–19 and 20–29 years, which may be related to the period of active reproduction in females and the period of high social activity in males. Pyany Bor cemeteries, apparently, were left by generic groups, consisting of large families, characterized by a low reproductive potential. Such parameters as the weak representativeness of subadults and a low percentage of elderly individuals determine the specifics of the Pyany Bor samples against the background of comparative materials on the Early Iron Age. The Pyany Bor groups are generally characterized by a moderately unfavorable demographic situation, which is confirmed by an underestimation, against a background of “epochal” tendencies, of some demographic parameters. 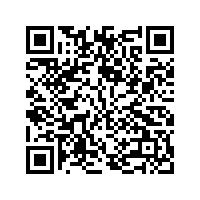