Warrior Burials of the Later Bronze Age With Sets of Astragals: problem of interpretation

Download
(612.97 Kb)
The burial grounds of the beginning of the Late Bronze Age of the Southern Trans-Urals (Sintashta-type, Petrovka-type) which contained the burials of youths and adolescents of a male with large number of astragals are examined in the paper. In such burials, weapons are often found, including those characteristic of chariot warriors, and adornments. The author compares the ancient Indian texts of "Rigveda" and "Atharvaveda" with the materials of the Sintashta-type and Petrovka-type burials and comes to the conclusion about the possible existence of the socio-age associations of youths-warriors in milieu of the chariot cultures of the late Bronze Age. In these associations young men were not only acquiring warrior skills. In their milieu, the game of dice was widespread, which was seen as the equivalent of a battle. In addition, they were improved in the music and dance art. 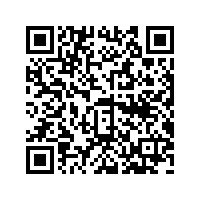