Chufut-Kale in the Description of A.S. Uvarov

Download
(862.67 Kb)
The paper deals with the description of the “cave town” Chufut-Kale, which has been complied by A.S. Uvarov as part of 4th chapter “From the Dnieper to Taurida Mountains” of 3rd, unpublished issue of “Researches of antiquities of Southern Russia and Black Sea coasts” (now is held in the State historical museum`s archive). A.S. Uvarov in his presentment of ancient settlement history mainly based on oral stories of A.S. Firkovich and S. Beim. For covering further stages he had involved the descriptions of Henri de la Montreaux, works of Thunmann, P.I. Keppen, F. Dubois de Montpereux. A.S. Uvarov also examined isolated monuments. The Mausoleum of Ganike-Hanim drew his attention. Having considered the design characteristics the researcher concluded that monuments lost his original appearance. This observation is valid, because the mausoleum had “renovated” 3 years prior to A.S. Uvarov visit. Likewise it is important evidence of functioning of Soqur-Quyu well. Previously, it was considered that it was abandoned back in 16th century. In the whole, Chufut-Kale`s story of A.S. Uvarov can be regarded as full-sized source as on hill-fort history as well as isolated monuments. 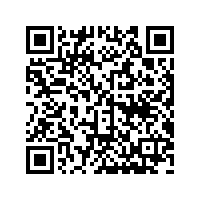