Download
(547.34 Kb)
In the article the problems of loss and preservation of the world historical and cultural, archaeological and architectural heritage in the conditions of the modern local military conflicts are considered on the example of the ancient Syrian city of Palmyra. Throughout Antiquity and the Middle Ages the complex of monuments, unique on structure and the sizes, combining the ancient East, Roman, Byzantine and Arab elements was created here. During the continuing sharp armed conflict in Syria, as a result of purposeful actions of the religious terrorist and extremist organizations determined by the author as "the international historical and cultural terrorism" catastrophic damage was caused to it. The analysis of scales of this damage and also effectiveness of efforts of the Syrian authorities, international organizations and the international community, shows that preservation and restoration of heritage of Palmyra is possible as a result of laborious complex collaboration of all interested parties. 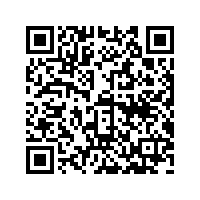