Download
(399.22 Kb)
The paper features the results of an intragroup and intergroup analysis of all presently available craniological materials on nomads from the Altai Mountains of the Hun-Sarmatian period (Bulan-Koby archaeological culture, 2nd century B.C. – 5th century A.D.). A craniometric analysis of 75 male and 38 female skulls indicates a general Europeoid character of the physical appearance of the Bulan-Koby community at all stages of its development. Its composition is mainly represented by the Caucasian morphological component with traces of Mongoloid elements: meso-brachicranial with a wide moderately profiled face of an average height in combination with an average nose protrusion angle. A comparative intergroup analysis involving male craniological series from the territory of Southern Siberia and Central Asia of the Early Iron Age revealed two primary vectors of probable genetic relations of the nomads from the Altai Mountains of the Hun-Sarmatian period. The first vector is associated with the preceding local (Pazyryk) population. The second vector featuring a wide range of nomadic groups from the Eurasian steppes at the turn of the centuries is mainly represented by carriers of the Caucasian meso-brachicranial morphotype with various degrees of Mongoloid traces. 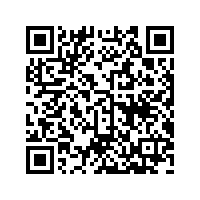