Recent Traces of Palaeolithic in the Donbass Region

Download
(479.89 Kb)
The author analyzes recent finds of the Paleolithic stone artefacts made on the territory of Donets basin. Donbass region takes the important place at the Middle Paleolithic of Eastern Europe. The tradition to single out the Paleolithic sites of Donbass and Azov Sea Littoral as separate geographical group goes back to S.N. Zamyatnin's works (Zamyatnin, 1953). On the map of Paleolithic antiquities, this region has been distinguished as a large congestion of sites of different functional type. Today about 50 sites with considerable collections of stone artifacts and locations of separate tools have been registered. The stone industries of the Middle Paleolithic of the Donetsk region belong to several cultural types. The most complexes contain the industries with high percentage of bilaterally processed tools. In addition, the author investigated complexes with the unifacial tools made on chips and plates to be prevailed. The publishing findings belong to type of the Middle Paleolithic industries with bifacial tools. 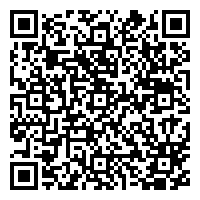