Download
(654.31 Kb)
The paper presents unknown or poorly investigated sites of the Middle and Late Paleolithic found under different circumstances along the southern coast of the Bay and in the delta of Don. Systematic research of the Paleolithic of the Azov North-East and East Sea Littoral has been carried out since the 1930s. The considerable corpus of sites of the Early, Middle and Late Paleolithic is accumulated. It should be noted that the most of sites is discovered on the northern coast of Taganrog Bay and on the Lower Don. Until now, the southern coast of Taganrog Bay attracted attention of specialists in the Quaternary Period mainly because of good geological sections and monuments of paleontology. All the findings were collected on a surface. The most interesting collections of stone tools are collected near the villages of Margaritovo and Semibalki of the Azov region of the Rostov province. Findings of the Middle Paleolithic have analogies in complexes of so-called “Eastern Micoquien” of the Northern Azov Sea Littoral. Findings of the Upper Paleolithic are similar to standards of Aurignac technocomplex. 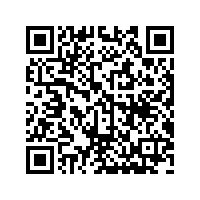