Download
(1.02 Mb)
In 2017, excavation of burial ground Ekaterinovsky cape were continued, located in the area of the confluence of the Bezenchuk River in the Volga River. During the new excavations, 14 burials were studied. The skeleton of the buried were in a position elongated on the back, less often – crooked on the back with knees bent at the knees. In one burial (No. 90), a special position of the skeleton was recorded. In the burial number 90 in the anatomical order, parts of the male skeleton. This gave grounds for the reconstruction of his original position in a semi-sitting position with the support of elbows on the bottom of the pit. Noteworthy inventory: on the pelvic bones on the left lay a bone spoon, near the right humerus, the pommel of a cruciform club was found.The conclusion is made about the high social status of the buried. The results of the analysis of burial allow us to outline the closest circle of analogies in the materials of Khvalynsky I and Murzikhinsky burial grounds. 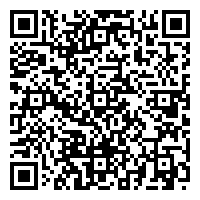