Download
(1.12 Mb)
The archaeological monuments of the Primorye of the Jurchen culture of the Jin Empire periods (1115–1234) and the Eastern Xia state (1215–1234) are analyzed in the paper. In 1215, the commander Pusian Wannu created the Jurchen state of the Eastern Xia. Primorye became part of it. Pusian Vannu had to settle in Primorye and control the sea and land routes of communication. By now, 34 mountain fortifications have been recorded in Primorye. The uniform fortification and planning standards of mountain fortification structures have been revealed by the excavations. The mountain fortified settlements were built on the spurs of Sikhote-Alin. Their shafts repeated the morphological structure of the spurs. Layouts of these mountain settlements are not closed to the river. This seems to be due to the grazing of horses. The author analyzes the fortification details: ramparts, walls, towers, gates, warehouses, stone cores, redoubts on the example of the fortified settlement Sibaigou. Most of the mountain settlements are single-layered. The single-layered mountain fortifications are divided by the author into two groups: 1) used, 2) unfinished. Multy-layered mountain fortified settlements: Ananievskoe, Lazovskoe, Novogordeevskoe, Kunaleyskoe contain two construction strata. The lower horizon has been referred to the Jin Empire, the upper one – to the Eastern Xia state. It has been established that dwellings of the lower horizon were not destroyed. Consequently, they were abandoned by the population in a calm environment. A new mountain fortified settlement was constructed on this place by East Xia. Many of the upper horizon dwellings were burned but not looted. On the author’s opinion, the artefacts from the upper stratum of Anaievskoe hillfort have the analogies in the Mongolian layer of Karakorum.

Dyakova Olga V. Doctor of Historical Sciences, professor. Institute of History, Archaeology and Ethnography of the Peoples of the Far East of the Far Eastern Branch of the Russian Academy of Sciences. Pushkinskaya St., 89, Vladivostok, 690001, Russian Federation; emelianova49@mail.ru 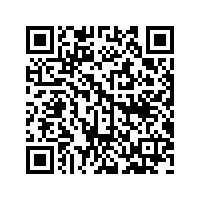