Download
(340.5 Kb)
The paper is dedicated to the jubilee of Yevgeny Mikhailovich Pigaryov, a specialist in the Golden Horde archaeology of the Lower Volga region. It outlines the milestones in the researcher's biography, and important events related to his activities in the framework of the Volga Region Archaeological Expedition. The authors conducted an analysis of the celebrant’ primary works and field studies. They also emphasize the influence which his teachers and colleagues have had on his professional development, as well as the role played by the celebrant in the contemporary studies of Selitrennoye settlement - the largest Golden Horde site in the Lower Volga region.

Baitanayev Bauyrzhan A. Academician of the Nacional Academy of the RK General Director of the Institute of Archeology after A. H. Margulan. Doctor of Historical Sciences. Dostyk Ave., 44, Shevchenko Str., 28, Almaty, 050010, the Republic of Kazakhstan; baytanaev@mail.ru 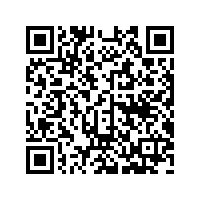