Download
(702.63 Kb)
The paper features preliminary results of an anthropological study of bone remains from the burials of Izmeri XVI burial ground (11th – 9th centuries B.C.) located in the Spassky district of the Tatarstan Republic. A total of five skeletons, four male and one female, were studied using a craniological program and medical-criminalistic analysis techniques. The male skulls are generally characterized as mesocranial with a relatively wide and low horizontally well-profiled face and a central protrusion of the nasal bones. In general, the series corresponds to the Caucasian morphotype, but features an inclusion of Mongoloid elements of the Ural or West Siberian genesis (prognathism of the face, particularly in its alveolar portion, and a minor nose protrusion on individual sculls). In terms of morphology, the female skull corresponds to one of the variants of the Ural race. A comparative analysis involving a synchronous series from the Middle Volga region demonstrated a morphological similarity of the male skulls from Izmeri XVI burial mound with the skulls from Maklasheevka (Murzikha II, Devichy Gorodok IV, etc.) and Early Ananyino burials (Izmersky VII, Murzikha II, etc.) with their origin possibly related to the generally Caucasian forest-steppe population of the Urals and Western Siberia. Individual bones of postcranial skeletons feature trace of changes related with the age, pathologies and injuries of the subject. Numerous traces of post-traumatic injuries were revealed on all of the sculls. Their number varied from one to seven for individual sculls. A group of items (implements) which could have caused the injury is preliminarily determined depending on its nature, shape and size. In most cases each individual trauma could have been the cause of death of the subject. Thus, the anthropological materials of Izmeri XVI burial mound, in combination with the other materials, reflect the complex and ambiguous processes of racial and cultural genesis in the Middle Volga region in the transition period from the end of the Bronze Age to the beginning of the Iron Age. 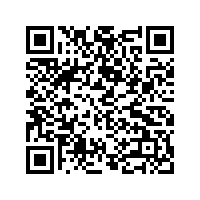