Medieval Layer of Ardinskoe Hillfort (based on study materials of 2013)

Download
(783.48 Kb)
The paper features materials obtained as a result of studying Ardinskoe hillfort in 2013. It provides characteristics of the defensive structures and the rampart structure, and analyses the ceramic complex and material items. In the context of this material, the article considers the issues of chronology and the place of the settlement among the ancient Mari monuments of the second half of the 1st millennium A.D. – first half of the 2nd millennium A.D. The author concludes that the original defensive structures were erected in the middle and second half of the 1st Millennium A.D. Subsequently, the moat was deepened, the rampart was extended, and wooden structures above the rampart were erected or renovated. The primary settlement territory in the 2nd Millennium A.D. was probably the ground section of the foreland. According to the obtained material, the settlement does not fall outside the scope of known medieval sites of the Mari Volga Region. 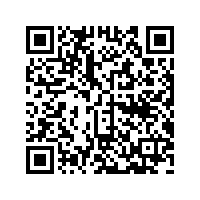