Download
(499.94 Kb)
An analysis of the arrangement system of ancient fortifications dating back to the Early Iron Age allowed to distinguish a special coastal group of sites located on the right bank of the Sura river within the boundaries of the Chuvash Republic. Determination of the topographical features of settlement arrangement, connection between fortified and unfortified settlements, and residential areas are the primary objectives of the spatial analysis. The authors established that the central sites of the micro-regions are settlements surrounded with several satellites located within two kilometers from the settlements. They can be individual or group sites consisting of two sites located in close proximity to each other. The cartographic method allowed to distinguish a group of coastal monuments clearly associated with the riverbank of the Sura. The settlements differ from other sites by their size and diverse system of fortifications. The association between settlements and fortifications is traced by the authors on the example of a group of sites in the vicinity of Ilyina Gora, Vyselok No. 1 and No. 2 in the Yadrinsky district. The gravitational model reveals a weak association factor due to the small size of the sites and their remoteness from each other. 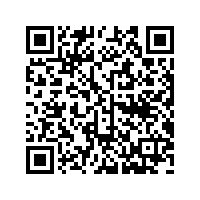