Download
(633.99 Kb)
The authors analyze the mirrors which were originally discovered in ancient Turkic burials, but became widely spread as late as in the Golden Horde period, which was largely accounted for by the intensification of contacts due to the establishment of the Mongol Empire. High-quality Chinese mirrors and their local imitations have been discovered across the entire vast territory in which the steppe peoples established new state formations. The authors support the opinion advanced by many researchers, according to which the mirrors represent ritual items. There is evidence of the fact that in the ancient Turkic period mirrors were characteristic of female burials. This information is partially confirmed for the developed medieval period as well, for paleoanthropological characteristics are not always available. The authors provide information on the conditions in which mirrors have been discovered in the burials of the historical period in question. The article features the first description of individual mirrors discovered in the burials of the steppe area of Kazakhstan. Of considerable interest is the discovery of one of the mirrors underneath a grave in a female burial conducted in accordance with the Muslim funerary rite. The authors attempt to identify the role of individual items in the burial rite of the medieval period, in this case mirrors, as a marker of gender identity. 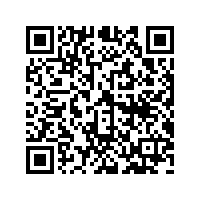