Download
(883.78 Kb)
The article presents jewellery from three burials discovered in the course of archaeological works in the southern part of Bolgar fortified settlement (excavations CLXXIV and CCXIV). The major part of the area studied in 2012 and 2015 is occupied by a 14th century cemetery encircling a stone mausoleum. Of particular interest is a complex of silver jewellery discovered inside a silk pouch (?) in the filling materials of the pit of burial No. 52/2012 near the eastern pylon of the mausoleum. The complex includes seven plate bracelets decorated with lion's faces, three pins, two pendants in the form of boxes with eyelets for hanging decorated with grains and filigree, and inlays composed of glazed ceramic fragments. In addition, the complex features a pendant made of a silver coin minted by khan Janibek (1341–1357). A unique headdress decorated with round gold rings was discovered in burial No. 89/2012 inside the mausoleum. Two pendant rings made of gold wire were discovered in a child burial No. 16/2015 located west of the mausoleum. The authors conclude that the jewellery was generally produced locally and used by the population of Bolgar town in 14th century. 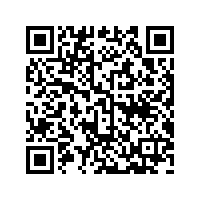