Download
(530.89 Kb)
The article considers the issue of the existence of monetary circulation in the southern part of Western Siberia in the Golden Horde period. In order to address the issue, the authors introduced into scientific discourse the numismatic material discovered in the Kurgan region by local residents in 2010–2016. It consisted of dangas which represented the primary means of payment in the Juchid state. A conclusion was made concerning the pulsating activity of monetary circulation in the region during the period in question. The first peak of activity occurred during the rule of Uzbek and Janibek. It was accounted for by the political and economic stability in the Horde during the reign of the leaders. The second peak took place in the second half of 14th century, which was determined on the basis of coins minted by khan Muhammad who reigned in the period of the Mamai Horde, discovered in the region. According to the authors, it was due to the preservation of economic relations which did not terminate as a result of the Great Troubles. The latest coins in the studied compilation were issues during the reign of Ulugh Muhammad and Dawlat Berdi. It should be noted that the dang minted by the last of the aforesaid khans was punctured. The authors suggest that this coin became an element of a pendant, which reflects the demonetization process observed as early as in 15th century. 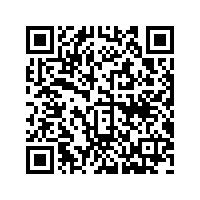