Download
(493.47 Kb)
The article presents an overview of items corresponding to the Scythian zoomorphic style discovered at barbaric and ancient sites of the Northwestern Black Sea Region, and a publication of two new findings. They were discovered on the left bank of the Lower Dniester. The first item discovered at Parkany-II settlement is a fragment of a bronze horse plaque (its lower part) crafted in the shape of a "rooster"-hippocampus. The other artifact discovered near Tokmazeya village also represents a horse plaque with an image of a cat predator's head. Presently, there are no counterparts of the images on these findings in the Northwestern Black Sea Region, which is the westmost periphery of the Scythian steppe culture. These fragments of horse apparel broaden our knowledge of the Scythian "bestiary" in the region. Besides, apart from the other items of material culture, the published findings confirm the presence of Scythian population at settlement sites, which contradicts the generally accepted opinion on the exclusively nomadic cattle breeding lifestyle of the Scythians in 5th –4th centuries B.C. 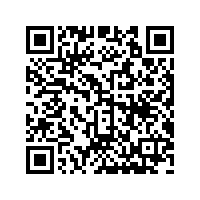