Download
(876.57 Kb)
The author of the article analyzes an unique image of two opposed dragons engraved on a bone plate discovered in 1992 at barrow No.1 of Shilovka burial mound located on the right bank of the Volga river in Ulyanovsk Oblast (the excavations were conducted by R.S. Bagautdinov). The burial mound is related to the cattle breeding population of late 7th century. The article considers different hypotheses concerning the origin of these dragon images in the artistic traditions of various regions: China (A.V. Komar, D.G. Savinov, B. Totev, Pelevina), Central Asia (V.G. Kotov, V.E. Flyorova), India (N.A. Fonyakova). According to the author, this image has no apparent iconographic parallels in the traditions of these regions. Such analogues are found in the art of the Mediterranean where the ancient images of various mythological creatures exist alongside the image of the sea dragon “ketos” which later became part of the Christian tradition. The appearance of this monster in the images of the first half – middle of the 1st millennium A.D. is practically identical to the dragons from Shilovka burial mound. According to the author, certain impact on the formation of the considered dragon image was made by Iranian art. 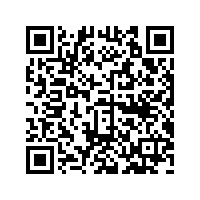