Download
(524.61 Kb)
The article considers the findings of items in ancient burials which were intentionally spoiled prior to deposition in graves. This tradition was widely spread both in terms of chronology and geography, and therefore cannot be attributed to any individual cultures or regions. The authors present new information on the ritual obtained during an investigation of Borsyk burial mound of the Middle Sarmatian period located in West Kazakhstan. The central grave of barrow 6 contained a heavily damaged bronze cauldron. The grave was looted in antiquity. Individual scattered bones of a human skeleton and minor gold foil adornments from the ceremonial dress of a nobleman were discovered in the grave. The authors suggest that the cauldron was intentionally deformed by the participants of an ancient mortuary and memorial ritual. According to the principal hypothesis concerning the essence of this ritual, spoilage of the items was related to the idea of assign the items with “different” and “transcendent” properties, which resulted from the necessity of burying the owner. Cauldrons played an important role in the life of steppe leaders. The authors assume a sacral nature of the use of cauldrons in the culture of steppe peoples associated with feasts, battles, and sacred hunting. Perhaps, there was a tradition of burying cauldrons together with their owners after spoiling the items in view of the concept of the other world and the role of a heroic leader therein. 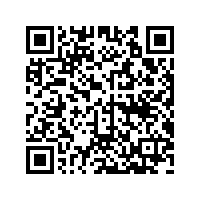