Researches on the Old-Kuibyshev site of ancient settlement

Download
(542.59 Kb)
The Starokuybyshevskoye (Old-Kuybyshev) fortified settlement is situated on the bank of the Bezdna river, 200 m to the northeast of Bolgar city. The site is being considerably eroded by the waters of the river and the Kuibyshev water reservoir. Currently it is situated on an island, under threat of complete destruction. In this regard, in 1946, 1987 and 1996, conservation and rescue excavations were conducted on the site. The detailed results of the 1996 studies are offered in the article. The ruins of an above-ground dwelling with an oven and three household pits were excavated. The ceramic assemblage of these structures has obvious features of the pre-Mongol Bulgar culture. In general, the findings make it possible to conclude that the settlement had existed only in the 11th through to the 13th century and that its collapse was associated with the Mongol invasion. 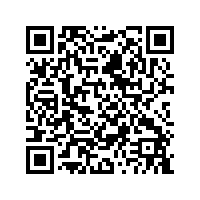