A fire of the Trade side of Novgorod in 1508

Download
(511.83 Kb)
Chronicle evidence of a fire that had happened in August 1508 and destroyed almost the entire Trade Quarters (Torgovaya storona) of Novgorod the Great is analyzed in the article. The fire killed at least 2,000 people; with the victims of the preceding plague added, the loss had reduced the population of the city by more than a half (?). According to “The Vision of Tharasy, the Sexton of Khutyn Monastery,” a literary monument of the early 16th century, all these disasters had been inflicted as punishment for “multiplication of the human sins,” but owing to the prayer of Reverend Varlaam of Khutyn Novgorod had been spared from the flood, which would completely destroy the city. Chronicle reports contain interesting information about the topography of the Trade Quarters. Thus, the so-called Arzubyev gardens in Nikitin Street are mentioned; their owners, prominent figures of the last stage of the independent history of Novgorod, were repressed by Tsar Ivan the 3rd. A comparison of information from the earlier and the later chronicle texts shows that the latter contain original information about this fire, which had apparently been borrowed from some independent sources. 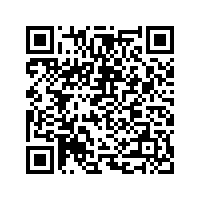