Download
(948.8 Kb)
The question related to the origins of the of the Saltovo-Mayaki culture architectural traditions embodied in the Khazar-Alan fortresses of the Don basin is raised in the article. According to the author, the emergence of brick architecture in Khazaria is connected with the activity of the masters from Byzantine Cherson (Chersonese) and Asian Bosporus. The study of the parameters of the bricks from the wall ruins of the Mayaki fortified settlement site makes it possible to conclude that the fortress had been built by specialists who were well acquainted with Byzantine metrology and Byzantine architectural traditions. Metrological and chronological characteristics of Khazar-Alan fortified settlement sites gives grounds to associate their construction with the information from Byzantine sources on the construction of Sarkel fortress by Byzantine specialists. It corresponded to the interests of both Byzantium and Khazaria in connection with the general political situation between the Khazar Khaganate, the Byzantine Empire, Alania, Old Rus and the Arab Caliphate in 30–50s of the 9th century. 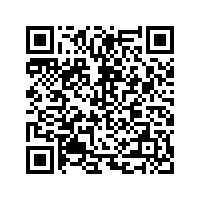