Download
(1.13 Mb)
The article examines the remains of a female headdress from Dubrovskiy burial ground of Mazunino type in the Kama region of Udmurtia. The burial is defined by the Migration Period, and the leader of the excavations generally attributed it to the 4th – 5th centuries AD. As widely known, female dress was a status symbol, a sign of belonging to a tribe. The headdress studied here belonged to a young woman, whose status was demonstrated through the context of this collective burial and the grave goods. The type of the headdress is reconstructed by its constructive details, peculiar location of metallic decorations and preserved organics. According to the authors, the headdress had the front part (frontal piece) on a solid base with decorative elements, and a soft back part (a shawl with metallic details). The authors refer to archaeological analogies and ethnographic parallels, which allow reconstructing the cultural context of the find. 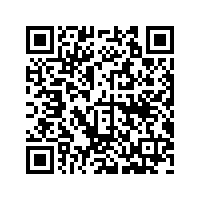