Download
(388.6 Kb)
The review gives a positive assessment to this collective effort of the authors who prepared the atlas “Great Bolgar” in the English language. The book was earlier published in the Russian language (2013), but this edition is revised and amended and contains several new chapters and new illustrations. The goal of this publication is to promote Bolgar architectural-archaeological complex – included in the UNESCO’s list of the World Cultural Heritage in 2014 – to the world archaeology. Structurally, the atlas is built on the systematic narration in the form of scientific essays grouped into five thematic chapters. The atlas elucidates the place of Bolgar in the medieval world; natural-geographic and landscape features of the site; the urban economy and its integration in commercial relationships of Eurasia; coinage and monetary circulation; architecture, fortification, urban utilities; spiritual culture, religious ideas, writing and arts. In conclusion, the authors list the researchers who made the most valuable contributions to the study and preservation of Bolgar. 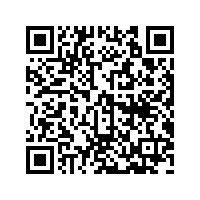