Download
(1001.95 Kb)
This paper presents a comparative analysis of archaeological data on fortification of the Kazan and Siberian Khanates. The author considers similarities and differences in defensive architecture of these states, their topography, building technologies behind the main and additional fortifications. Majority of the fortresses of the time were built of wood and earth. Principles of their construction in the Middle Ages were quite similar, because they depended on qualities of the used materials. The design of defensive lines in the hillforts of these states, however, somewhat differs. Also, the number of the fortified settlements significantly differed. The time of the Kazan and Siberian Khanates was marked by the highest level of development of local traditions of the military architecture. In the middle of the 16th century, “Kazan” traditions of fortification came to a halt, while local traditions kept developing in Western Siberia, which is proved by fortification sites found on the territory of the Siberian Khanate. 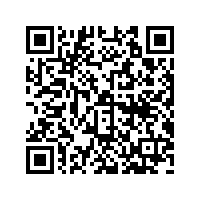