Download
(1.48 Mb)
The article devoted to the results of new investigations of Krasnoye Syundyukovo I fortified settlement situated on the right bank of the Sviyaga river in the Ulyanovsk region. The site is one of the pre-Mongol towns of the Volga Bulgaria. A brick bath-house built in the 11th – 12th is its most well-known structure studied in 1991. Archaeological investigation of this site resumed in the summer of 2014. Two digs of 60 m2 (number VI and VII) were organized on the territory of the settlement. Dig VII in the western part of the settlement yielded a household structure (cellar) and numerous and various finds typical for the material culture of the population of a pre-Mongol Bulgar town: local ceramics, metal ware, as well as residues and slag, fragments of clothing and garnishment, etc. Dig VII had a significant number of artefacts associated with crafts and trade, which characterizes the activities of the population. 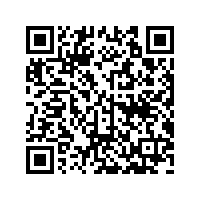