Download
(833.28 Kb)
The authors consider the location system of early medieval settlements of the Bakhmutino culture (the cis-Urals). Based on cartography and various methods of spatial data analysis, they distinguish groups of settlements, which can be united into individual micro-regions. It was found out that “central” sites in these micro-regions, possibly invested with a number of administrative functions, were unfortified settlements, rather than hillforts as previously thought. One of the micro-regions, located in the lower reaches of the Belaya River, was studied rather thoroughly. Thus obtained indicators of the extent of the gravitational ties between the settlements, provided that the studied sites existed simultaneously, suggest a fairly high population density in this micro-region in the antiquity, with a differentiated hierarchy of settlements and absence of sub-regions. Distribution features of early medieval settlements reproduce a previous settlement system (from the Pyany Bor time), pointing to an economy which was well adapted to the surrounding landscape and sustainable over many centuries (2nd century BC – 8th century AD). 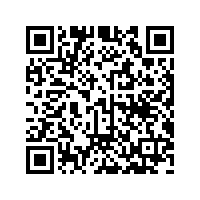