Download
(583.3 Kb)
The article characterizes a series of postcranial skeletons of a population group from Bolgar settlement dated by the Golden Horde time. The anthropological material was obtained during archaeological excavations in the north-western part of the site in 2013 (dig CXCI). Remains of 23 individuals were analyzed with the help of an osteometric program: 8 men and 15 women, all having a mesomorphic skeleton structure. The male remains demonstrate a better development of muscles on the humerus and femur, suggesting that shoulder and thigh were the most physically loaded parts in the lifetime of these individuals. Comparatively heavy bones of the lower limbs are the most remarkable feature of the analyzed female skeletons. A comparison of male and female skeletons showed strong resemblances, indicating a weakly developed sexual dimorphism. Values of the reconstructed body height allow supposing that men were quite tall, while women were rather short. The new materials compared to the earlier studied osteological series from Bolgar settlement (necropolises: dig CXCI, Khan's Shrine, Small Minaret, the 'Quadrangle') confi rmed resemblances between the groups according to the above features. 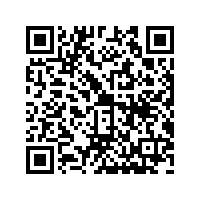