Download
(2.59 Mb)
This article summarizes some preliminary fi ndings of studies in pre-Mongolian layers of Bolgar fortifi ed settlement in 2012, conducted on digs CLXXII and CLXXVI. Situated to the west of the central architectural complex, the edge of the native Volga terrace (dig CLXXII) yielded debris of a defensive moat, which can be identifi ed as the so-called "Zamoshniy wall" described by some Russian military men in 1732 as remnants of pre-Mongolian fortifi cations. The works in the central part (dig CLXXVI) investigated debris of pre-Mongolian dwellings and household facilities, some of which are related to the period of early Bolgar, i.e. the 10th – 11th centuries. The archaeologists documented some traces of metallurgical production here and obtained a collection of ceramics, adornments and household items, which allows dating the material culture of this city to the 10th – 11th centuries and 12th – early 13th centuries. 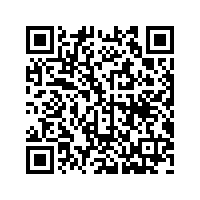