Two Towns in the Lower Volga Region on the Mappa Mundi, 1457

Download
(498.79 Kb)
The author analyzes a medieval cartographic source – an anonymous so called Genoese World Map of 1457, which has been discussed many times, including in relevant monographs. Unfortunately, most publications contain low resolution and thus unreadable images of this map, or just drawings instead of photos. One can even fi nd some wrong dating or erroneous attribution of this map to Paolo dal Pozzo Toscanelli. The cartographer strived to produce a combination of data from all available sources: ancient accounts (Claudius Ptolemy, mainly), medieval ecclesiastic mappae mundi, travel accounts from Marco Polo to Nicolo Conti, and navigational portolano-charts. Sources for presentation of the Volga and Caspian Sea basin on this map are not explicitly identifi ed, because there is no explicit protograph known, and the presentation itself is seen as an independent source. The author dates information about this terrain from the rise of the Golden Horde under Uzbeg Khan (1313 – 1341) and Jani Beg (1342 – 1357) to the rise of Tamerlane (ca 1370). Two towns are shown in the Lower Volga region: Sarai (Sala) and “the other Sarai” (Saraalis). Their correlation with the Selitrennoye and Tsarevskoye hillforts is not so obvious as on the maps derived from Fra Mauro’s protograph, but this correlation is most likely. This map is another source demonstrating that the idea of just one Sarai (this idea emerged in 1990s) is not plausible. 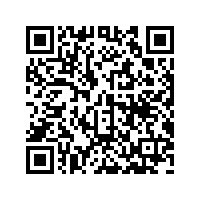