Download
(797 Kb)
Malyi gorodok is a monumental architectural ensemble, located at the southern extremity of the Bolgar fortifi ed settlement and dated by the second half of 14th c.; it was substantially, but not fully studied during the digs of 1981–1984. In 2011–2015, the authors of this article undertook a new fi eld research on the site, during which they completely cleared the southern structure. The debris discovered belonged to an earlier unstudied stone structure – a mausoleum with fi ve burials. The authors carried out another stratigraphic study of fortifi cations to prove that the internal ditch was not accompanied by a wall, while the external ditch was. Generally, the new data prove the fi ndings of 1980s, including the hypothesis that the ensemble, or at least its north-eastern part, was meant for cult.

Belyaev Leonid A. Doctor of Historical Sciences. Institute of Archaeology of the Russian

Elkina Irina I. Institute of Archaeology of the Russian Academy of Sciences. Dmitry 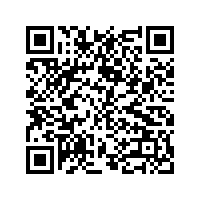