Mihrab of the Mosque in Sheikh-Coy

Download
(939.83 Kb)
The mihrab of the mosque in Sheikh-Coy (dated by the Crimean Khanate time) is a spolia, as its study suggested. Originally it belonged to another, Golden Horde’s building, the location of which is not yet known. Its architectonics and stylistic features are characteristic of the Seljuk art tradition and chronologically correlates with the date of the inscription over the entrance – 1358. It was found that the fourfold overlapping of the heptagonal in plan niche of this mihrab reused parts of the stalactite arch. Primarily, before the move, it had fi ve levels and a rectangular base. During assemblage of the сonch in the new place, the parts of the two adjacent horizons were reversed, and the lowest level of the original construction, which at the time served as the transition to the walls of the niche, was abolished. Adaptation of the spolia was accompanied by a decrease in the overall height of the whole structure and a signifi cant change of the original forms of individual fragments by scabbing them and combining some apparently incompatible components. The lost western part of the capital and the adjacent part of the relief ornament on the platband were replaced by a primitive imitation. Limestone block with a four-tier stalactite сonch, which is now inside masonry walls, could also belong to the original mihrab, but did not fi nd its appropriate place when reused in the new building and thus was used as a usual building stone. 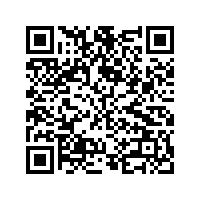