Download
(631.99 Kb)
The article addresses one of the most important aspects in studies of Сaffa’s historical topography, i.e. localization of the medieval mosques. The Genoese period of the urban history (1275–1475) of Сaffa was marked by construction of just one mosque. This situation radically changed after the Ottoman occupation. The Ottomans (1475–1774) built 39 new mosques in Kefe. The author managed to map all 40 buildings, and identify historical names for 28 of them. Exact size of 29 buildings was established. It was possible also to reveal the logics behind settlement of the Muslim population on the urban territory. In the Genoese period, it occupied the north-western districts of the burg (the fortifi ed urban area) and northern districts of the antiburg (the unfortifi ed suburban area). In the Ottoman period, it reclaimed the central districts of Kefe and its citadel. 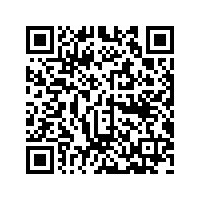