Cult Monuments in the Golden Horde: Origin and Tradition

Download
(1.43 Mb)
The author analyzes cult architectural sites of the Golden Horde. She addresses such categories of buildings as mosques, minarets and mausoleums. Objects of monumental architecture quite clearly refl ect the different traditions in development of multifaceted urban culture of the Golden Horde. Analysis of plans оf the mosques, main structures of the Muslim city showed that all currently known Juma Mosques of the Golden Horde had a basilica plan, which was adopted in Asia Minor, namely, in Anatolia, where similar mosques became widespread in the Seljuk period. Minarets too resembled Asia Minor models. Plans of the mausoleums are quite diverse. They were built under the infl uence of architectural schools of Asia Minor, the Caucasus, Khwarezm and nomadic traditions. In spite of various building traditions and innovations, the Golden Horde applied common principles for the planning of cult buildings, which implies development of a uniform, though eclectic in details, architec- tural style. 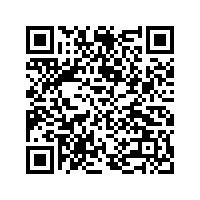