The Islamic Orient and the Development of Material Culture of Muscovy: Evaluation Methods

Download
(959.74 Kb)
The author discusses approaches to archaeological analysis of the Muslim contribution to the development of Muscovy, as well as the mere possibility of such analysis. So far, the studies focused on identifi cation of some interpenetrating elements of the material and artistic culture, which is necessary, but not quite suffi cient. New tasks must be formulated: to outline and characterize areas of intersection of various cultural streams; to identify forms and stages of such contacts; to understand ways for primary perception of impulses, which gave birth to distinctive national cultures in the Middle Ages and in the Modern era; to trace processing of such impulses further on; to try and understand whether there was a monocultural archaeological environment that existed in the past and belonged to the coexisting groups speaking different languages and belonging to different confessions.

Belyaev Leonid A. Doctor of Historical Sciences. Institute of Archaeology of the Rus- 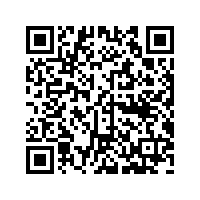