Travelers’ notes (14th–15th centures) about the town of Caffa

Download
(1.12 Mb)
The author offers accounts of 14th – 15th century travelers about the medieval city of Caffa on the Crimean Peninsula, such as by Ibn Batuta, an anonymous Venetian traveler, Johannes Schiltberger, Gilbert de Lannnoy, Pero Tafur, Gilles le Bouvier, Amborgio Contarini and Josafato Barbaro. He reconstructs how Caffa’s urban landscape in the days of the Genoese domination was documented in their accounts, which of the town’s structures were reflected in these sources. He follows how Caffa, a little trade settlement of the last third of the 13th century (factory of Caffa) developed into the largest town of the Northern Black Sea region. Caffa had three main urban pillars: 1) civitas – the residential quarters inside the Citadel; 2) burg – urban quarters protected by the external defense ring; and 3) antiburg – some nonfortified suburbs. 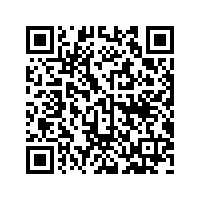