Download
(1.62 Mb)
The article represents the results of study of a unique composite horse trapping and breast belt, found by expedition of S.I. Rudenko in the 5th Pazyryk kurgan (Mountain Altai, mid. 3rd century BC), and initially attributed as Iranian. The research has been aimed at definition the place and time of creation of three fragmented ornamented textiles, which decorated the trapping and the belt; as well as their original usage and way of coming to the Altai. To achieve the goal the author carefully studied the structures of items under research. The one with purple ground and “tower’s” pattern, which covers the ends of felt foundation of the trapping, is woven with wool and linen Z-spun threads, in warp sharing “kilim” technique, “dove tail” variant. The cloth is identified as Syrian, supposedly the time of reign of Darius I. Two other ones, with “lion procession” pattern (breast belt) and “priestess and maidservant in front of an incense burner” (framing of panels) was also made from wool and linen, although of different quality and S-spinning, in slit-kilim technique. Both are identified as Egyptian, and dated (most probably) to the XXVII (Persian) dynasty period. Comparison with representations of similar in decor textiles from synchronous in time monuments, and study of historic data on textile industry of the Achaemenid Empire made it possible to suggest, that “purple kilim” and “lion procession” belt made parts of ceremonial dress of Achaemenid nobility. The cloak could be brought to the Altai by one of the “Scythians”, who got it as a reward when served in the army of Alexander the Great during his Asian campaign. 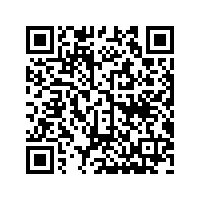