New data on the city and the environs of Saksin

Download
(3.21 Mb)
The author analyzes new archaeological data on localization and chronology of the medieval city of Saksin and its region on the Lower Volga. In the 1960s, G.A. Fedorov-Davydov localized the city and region of Saksin on the Lower Volga on the basis of available data of archeology and written sources. Recent archaeological investigations make it possible to identify the specific location of Saksin city at the Samosdelka settlement site in the Volga delta and synchronize it with a large number of delta settlements and burial grounds. Excavations of the settlement site revealed the strata referring to the Mongol invasion, pre-Mongol times, and the Khazar period. The boundary of Saksin region corresponds to the geographical boundaries of the Volga delta and the Volga-Akhtuba floodplain. Abu Hamid al-Garnati’s information about Saksin city and region and results of recent years of archaeological research in the Delta supplement each other. The description made by al-Garnati is true as regards the settlement natural conditions and correspondence of different ceramics groups with the ethnic groups mentioned by him: the Oguz, Bulgars, Suvars and Khazars. The city and region were governed by the Council of tribal emirs, with the Oguz and Bulgar dignitaries playing the leading role. Arabic script was used here, and existing mosques specified the orientation of blocks. The economy was based upon transit trade and supply of food from the delta-floodplain areas. The heyday of the city comes in the 12th century. Its defeat and decline are associated with the Mongol invasion in the 1230s. In the 13th century, the population moved to the northern part of the delta, where it laid the foundation of a new settlement named Moshaik (probably known as Summerkent). By the middle of the 14th century, the city was flooded due to a catastrophic rise of the Volga and the Caspian Sea water level. 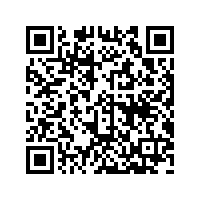