Download
(1.09 Mb)
The article presents materials recovered from the Bolgary IX settlement, attributed to the late Ananyino group of sites, discovered in the vicinity of the city of Perm on the left bank of the Kama River. The structures thus found were interpreted by the authors as, presumably, a dwelling (?) and a cult building. The pre-Ananyino cult buildings are well known by two hillforts – Zuevy Klychi-1 on the Lower Kama and Argyzh on the Vyatka River. Small clay figurines, arrow heads, spindle whorls, small oblational cups and household ceramics were found within the cult buildings. Household ceramics are represented by some typical late Ananyino vessel forms: mainly bowls with a closed throat, sometimes with profiled pronounced neck. Some vessels have a collar on the rim. Ornamentation of the vessels includes versatile corded, combed and recessed compositions. The Bolgary IX material culture is considered in complex with simultaneous Protasy burial ground, which is located on a nearby promontory and has similar ceramics among the grave goods. This complex of sites (the settlement and the burial ground) is dated back to 3rd-2nd centuries BC and is related by the authors to the period of transition from the Ananyino to the Glyadenovo cultures in the Kama River region. 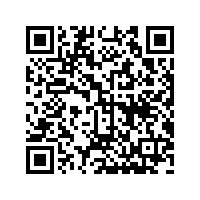