Download
(1.6 Mb)
The article focuses on materials of new excavations on an early Iron Age site that has been known since 19th century in the Udmurt Kama River region, which still remains a mystery to the experts. The site has not a typical topography: it is situated on outlier hill on the high right bank of the Kama River. Still, it preserves the tradition of building ramparts and moats in the same manner as any promontory hillforts. Excavations of ramparts allowed identify new fortification features for this site: escarpments, wooden walls and soil-filled cages, palisades and dragon teeth. Layout of the site’s residential part is also rather peculiar, because of the buildings here were back to back with rampart. The finds from the site have features of different cultural and chronological traditions, but the article deals with analysis of the initial phase of the hillfort’s function – the Ananyino time. Attribution of the materials was based on characteristic features of ceramics and few items finding analogies on a range of Middle Kama and Lower Belaya fortified settlements of 5th-3rd centuries BC, with use of radiocarbon dating results. 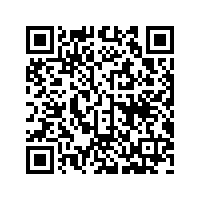