The Tsymlyansk complex of Khazar time on the Lower Don

Download
(2.34 Mb)
Тwo series of subjects have arrived the Tsymlyansk museum (Rostov region, Russia) in 2013 (the report is published for the first time). The first group occurs from square construction (is named «Tsimlyansk square») 130× 130 m hardly appreciable on a surface. This group contains approximately 170 subjects origin 8 century, including 60–70 horse bit (fig. 1–12). Nearby there is a known barrow pyramid (is named «Dark blue mound») the area 95×100 m and height more than 10 m (fig. 15). The base of this burial mound is girded with a trench. Barrow’s date is not defined. The relation between the barrow and the square is presumable. The author compares the complexes of discovery from the Tsymlyansk square and burial mound Big Orlovka dates on early 8th century. The second group of the subjects presents trilobade arrowheads – proceeds from the remainder of the round burial mound, which the centre is sprayed with the stone (fig. 16–18). The arrowheads date is presumably the last 8th – the early 9th century. 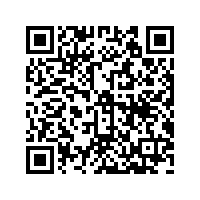