Unknown article by S.P. Pokrovsky at the V.A. Gorodtsov’ archive

Download
(450.78 Kb)
A previously unknown article by Sergey Pavlovich Pokrovsky, founder and first director of the North-Eastern Archaeological and Ethnographic Institute in Kazan, which is now stored at the Written Sources Department with the State Historical Museum, is published. In the article written in the autumn of 1917, S.P. Pokrovsky expresses his opinion on the tasks and objectives of the North-Eastern Institute established by him. On his opinion, the Institute role was to become a center of the Russian oriental studies. Besides ancient history, archaeology, ethnography and language studies of the peoples inhabiting the Volga region, the Institute had to include Siberia and Central Asia in its sphere of research. In addition to scientific goals, the Institute had to serve as a higher education establishment and to train specialists for the entire Eastern part Russia. Working at different state and research bodies, the graduates were to use the knowledge acquired at the Institute for a successful performance of their professional and official tasks. The text of the article is preceded by an introduction providing an evaluation of the publication, substantiating its producing date, and characterizing the scientific and social stance of the scientist. 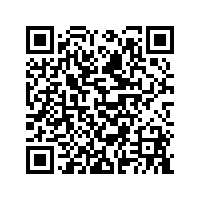