Download
(550.27 Kb)
The history of the Finno-Ugric theme studies in Bashkortostan archaeology starting the mid-20th century to the present is considered in the article. The dynamics of its development (a priority trend in the 1950-70s has been reduced to secondary importance in the early 21st century) is demonstrated. A review of historiography (literature and archival sources) shows that systematic archaeological research in the territory of the Bashkir Autonomous Soviet Republic had started in the 1950s on the sites, which were initially interpreted as Finno- Ugrian ones. The Bakhmutino culture of the early Middle Ages distinguished by N.A. Mazhitov in the ‘50s was connected by him with the ancient Ugro-Magyars, while the Qara-Abyz culture of the Early Iron Age, singled out by A.Kh. Pshenichnyuk, was attributed by N.A. Mazhitov to the Finno-Ugrians. Thus, in the late-1960s, the Finno-Urgic ethno-cultural dominance during the Early Iron Age to the Middle Ages became generally accepted. In the mid-70s, N.A. Mazhitov proposed a concept of early Turkization of the South Urals (in the mid-1st millennium AD). All the cultures of the 1st millennium AD were correspondingly attributed by him as ancient Bashkir ones. Since then, the polemic between N.A. Mazhitov and the author of the present article concerning the role of the Finns and the Ugrians in the formation of ethnic map of the region has been going on. The author concludes that as a result of this polemic, the interest of Ufa-based archaeologists in the Finno-Ugric themes has reduced and at present occupies just a a secondary place in the archaeology of Bashkortostan. At the same time, the interest in the history and archaeology of the early and medieval nomads is growing. 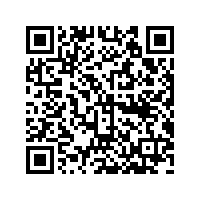