Download
(405.54 Kb)
Yevgenii Petrovich Kazakov, Dr. habil. (History), Honored Man of Science of the Republic of Tatarstan, is 80. Having a wide range of scientific interests, the researcher is among outstanding specialists in the medieval archaeology of the Volga River and the Urals regions. Ye.P. Kazakov has studied the sites of the early Bulgars and the Volga Bulgaria, the Volga Finns and the Ugro-Magyars of the Volga River region. He has conducted excavations on the Mellya-Tamak, the Taktalachuk, the Tetyushi and other burial sites that contained Neolithic and Chalcolithic burials, as well as those belonging to the Cherkaskul’ and Srubnaya cultures of the Bronze Age, the Ananyino culture of the Early Iron Age, and these investigations made it possible to introduce many new important features in the reconstruction of the prehistoric past of the peoples that had inhabited the Volga-Kama region. Ye.P. Kazakov is the author of more than 500 scientific works, including 10 books, which are widely known among scientists in Russia and abroad. 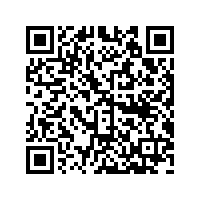